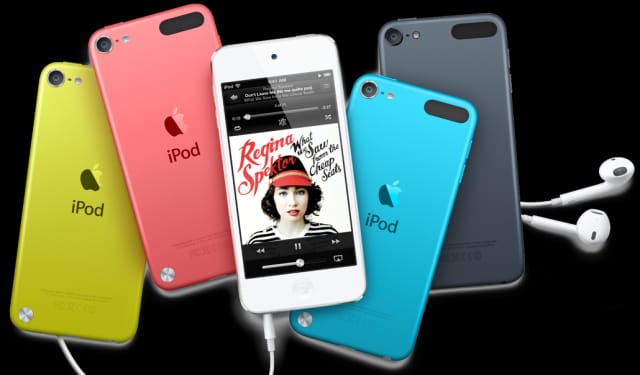 The iPod changed the way the world listens to music. If we can’t hear our “alarm clock” playlist during the trip to work in the morning, that can spoil us all day. The next time a disaster occurs, bring your iPod to IFixLV and we will return your music (we will return it to you, yes sir).

If you have a Touch, a Nano or a Classic, we can take care of it and, in most cases, we will return it to you the same day. A lot of things can go wrong in any generation of iPods, such as the battery, the camera, the glass / LCD, the Start button, the headphone jack or the click wheel. But no matter what the problem, our technicians will return your iPod quickly and for less.

Technology is our life and we know that it also means a lot to you. We will do our best to make sure you are happy with the ipad repair Las Vegad you get. Visit your local iFixLV store in Las Vegas and get a free diagnosis for your damaged iPod.

iPod is one of Apple’s important devices and therefore has been completely renewed, differentiating itself from the old iPod range. Now we find a device more similar to an iPhone, with fewer features as a phone but better performance as a video player and music. We leave you a brief analysis of the repairs available for your iPod Touch and its possible causes and effects:

The iPod Touch also causes battery failures that may be due to a bump or fall, liquid leakage, overheating of the device. If your iPod Touch turns off or restarts only even if you are charging it, or The battery changes its charge level without having used it, it is necessary to change the battery for a new one to avoid further failures in the future.

Being an iPod Touch model very similar to the iPhone, we find that if the screen has been broken, we will need to repair the glass or LCD of the iPod Touch. Breaking can occur for many reasons: falls, bumps, rubs but not only is physically damaged. The LCD is sensitive to liquid leaks which causes the internal screen to be damaged and even to lose sensitivity and seems to move only or that does not respond to our pulsations. In this way, the iPod Touch screen looks black or distorted , even changing colors.

With the incorporation of the Home button in iPod Touch , new problems occur and this button can get stuck or released, which causes it to lose connection with the other components and stop working. At the top we have the power button , whose problem is that if it breaks it does not allow you to turn off or on the iPod Touch. This happens in the same way with the volume button , you can not increase or decrease the volume of the iPod Touch to listen to the music.

The most important thing in the iPod Touch is the sound, which can also suffer several problems depending on the damaged component. If the microphone fails , we will hear the distorted sound in the videos, voice recordings or calls. Nor can we use Siri, the iOS assistant because he will not hear our voice or he will do it in a distorted way. iPod Touch models integrate speakers to reproduce sound, if the speakers fail the music played will not be heard nor will the sound of notifications, etc.

DAMAGE TO the CONNECTORS OR SLOTS

Finally, when we refer to the connections, we must emphasize the iPod Touch mini-jack connector , which is the slot where the headphones are plugged in. It can be damaged by filtration of liquid, earth, sand but also by removing the connector with little delicacy. To know if it is damaged, we must only test several headphones and check if it is heard cut or with a lot of noise or loss of voice in the songs. We must not forget the Lightning connector or the Dock connector , which is responsible for charging the battery and the possibility of connecting to the computer. If the cable has been damaged, it can be solved with a new one, but if the problem of the component requires repair.

Regarding the Internet and connections, iPod Touch has a Wi-Fi connection and Bluetooth, so there may be problems with them. If the antenna is damaged, it is most likely that the iPod Touch does not connect to Wi-Fi , or has little signal; or if you try to connect via Bluetooth and your device does not appear, it is also due to the same.